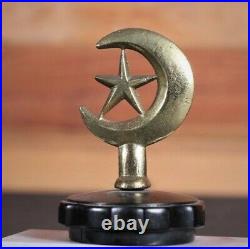 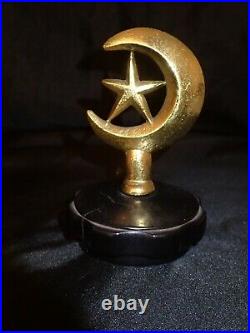 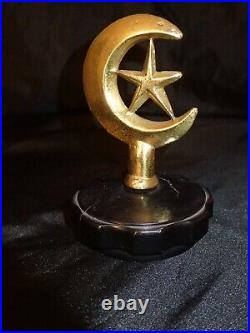 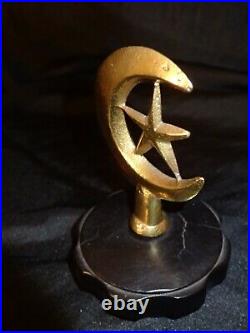 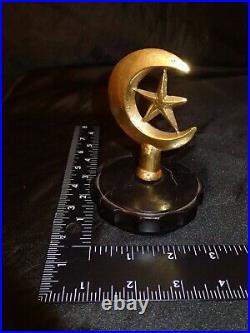 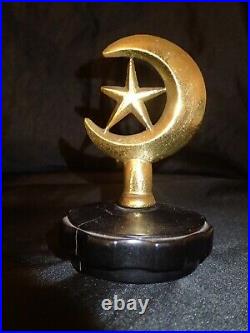 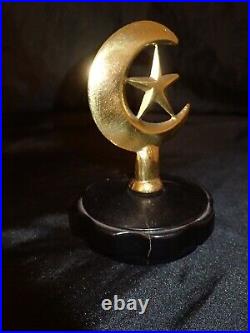 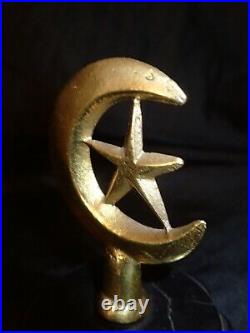 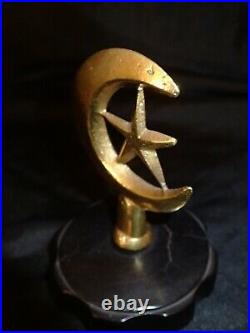 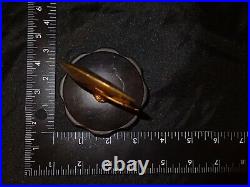 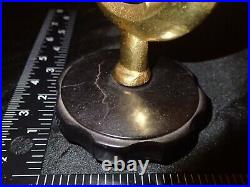 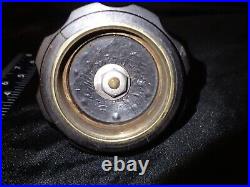 Vintage 1920's - 1930's Gold Crescent & Star Radiator Cap Mascot. Appears to be gold plated as there is no corrosion or pitting for this item which is appr 100 years old. "Vintage" era (1920's - 1930's). Believe it came from a foreign brand of car that no longer exists. The star and crescent is an iconographic symbol. Used in various historical contexts, including as a prominent symbol of the Ottoman Empire. With numerous modern countries still using it as a national symbol. It was developed in the Greek colony. 300 BCE, though it became more widely used as the royal emblem of Pontic. After he incorporated Byzantium into his kingdom for a short period.

During the 5th century, it was present in coins minted by the Persian Sassanian Empire. The symbol was represented in the coins minted across the empire throughout the Middle East for more than 400 years from the 3rd century until the fall of the Sassanians after the Muslim conquest of Persia. The conquering Muslim rulers kept the symbol in their coinage during the early years of the caliphate. As the coins were exact replicas of the Sassanian coins.

The symbol is the conjoined representation of a crescent. Both elements have a long prior history in the iconography of the Ancient Near East.

As representing either the Sun. Or the Moon and Morning Star. Coins with crescent and star symbols represented separately have a longer history, with possible ties to older Mesopotamian.

The star, or Sun, is often shown within the arc of the crescent (also called star in crescent, or star within crescent, for disambiguation of depictions of a star and a crescent side by side). Has a patina that cannot be re-crated. Mounted on a period correct Bakelite & Brass radiator cap with visible hairline cracks in the outer bakelite that do not detract from the display of the piece. Heavy item, appears to be brass or bronze (with gold plating).

From a large and well kept pre-war mascot collection. Solid and attractive piece with original patina. Has been wiped with a cotton cloth only (after first picture was taken). Can be re-used on your Vintage era car or kept an interesting addition to your mascot collection.