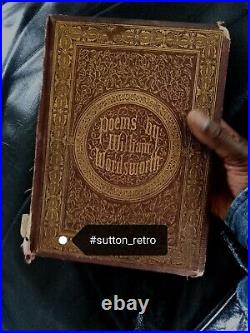 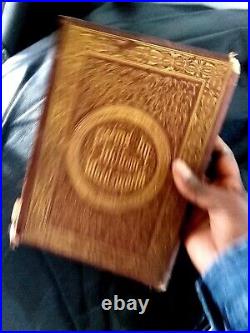 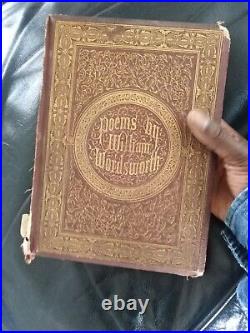 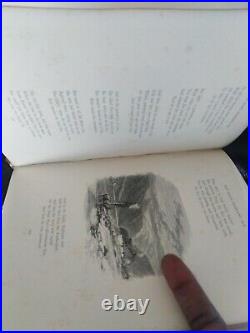 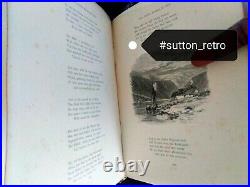 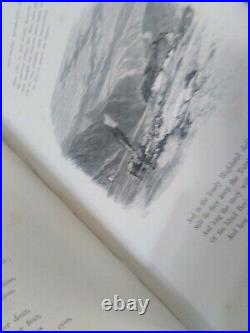 A beautiful edition of the Poems of William Wordsworth. William Wordsworth (7 April 1770 23 April 1850) was a major English Romantic poet who, with Samuel Taylor Coleridge, helped to launch the Romantic Age in English literature with the 1798 joint publication Lyrical Ballads.

Wordsworth's magnum opus is generally considered to be The Prelude, a semiautobiographical poem of his early years which he revised and expanded a number of times. It was posthumously titled and published, prior to which it was generally known as "the poem to Coleridge".

Wordsworth was Britain's Poet Laureate from 1843 until his death in 1850. In a gilt embellished red cloth binding. Externally, generally smart, lightly rubbed in places. There is some minor damage to the top and tail of the spine. Pages are generally bright and clean with some scattered light foxing.

There is a name at front of the book signed May 13, 1967. This item is in the category "Books, Comics & Magazines\Antiquarian & Collectable". The seller is "sutton_retro" and is located in this country: GB.