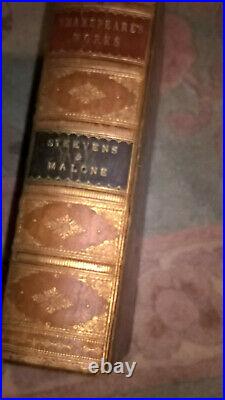 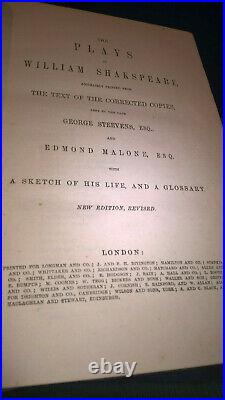 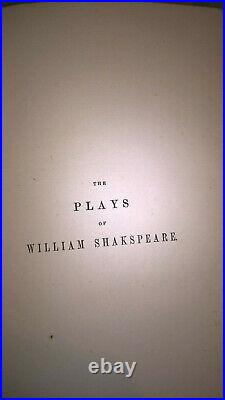 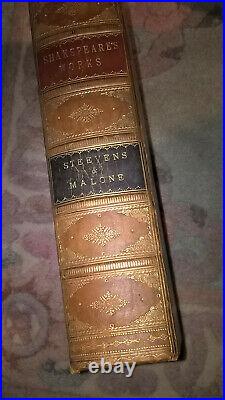 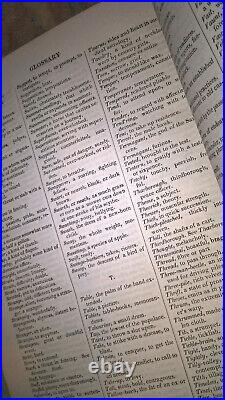 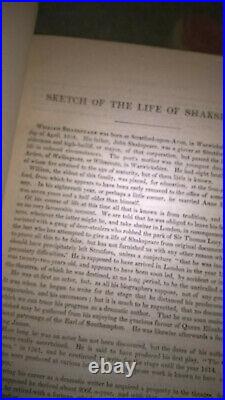 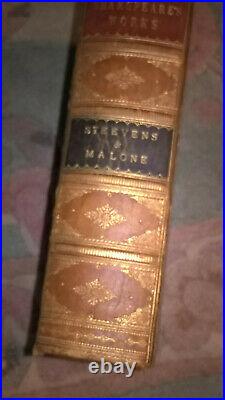 NEEDS TO BE TREASURED AND LOOKED AFTER. WOULD MAKE A SPECIAL PRESENT. ACCURATELY PRINTED FROM THE TEXT OF THE CORRECTED COPIES.

LEFT BY THE LATE GEORGE STEEVENS, ESQ & EDMUND MALONE ESQ. CAN FIND NO DATE ANYWHERE. IT IS QUITE WEIGHTY HENCE THE COST OF SENDING. His early attempt at a variorum edition was revised and reprinted in 1778, and further edited in 1785 by Reed; but in 1793 Steevens, who had asserted that he was now a dowager-editor, was persuaded by his jealousy of Edmond Malone to resume the task.

The definitive result of his researches was embodied in an edition of fifteen volumes. He made changes in the text sometimes apparently with the sole object of showing how much abler he was as an emendator than Malone, but his wide knowledge of Elizabethan literature stood him in good stead, and subsequent editors have gone to his pages for parallel passages from contemporary authors. His defi George Steevens (10 May 1736 - 22 January 1800) was an English Shakespearean commentator. Edmond Malone (4 October 1741 - 25 May 1812) was an Irish Shakespearean scholar and editor of the works of William Shakespeare.

This item is in the category "Books, Comics & Magazines\Antiquarian & Collectable". The seller is "greenmalajo" and is located in this country: GB. This item can be shipped to United Kingdom.